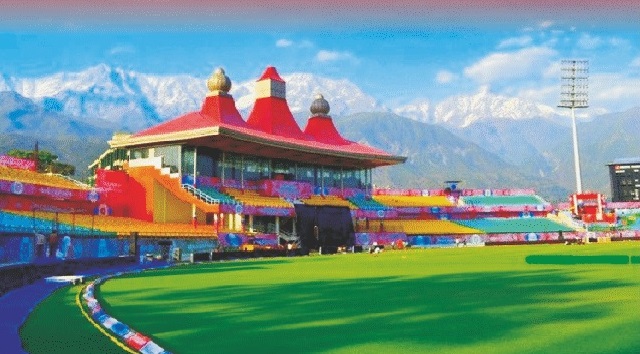 Dharamsala ,is a well known tourist destination of north india situated  in the picturesque scenery of  Dhauladhar range in Himachal pradesh.It is a city in the upper reaches of the Kangra Valley and is surrounded by dense forest consisting mainly of deodar trees.

One of the main attractions of Dharamshala is Triund hill. Triund is a one-day trek at the upper reaches of McLeod Ganj, about 9 km from McLeod Ganj. Until the British Raj, Dharamshala and its surrounding area was ruled by the Katoch Dynasty of Kangra. The royal family still keeps a residence in Dharamsala, known as 'Clouds End Villa'. A subsidiary cantonment for the troops stationed at Kangra was originally formed and was first occupied as a station in 1849, when a site was required for a cantonment to accommodate a native regiment which was being raised in the district.  The McLeodGanj is known worldwide for the presence of the Dalai Lama. On 29 April 1959, the 14th Dalai Lama established the Tibetan exile administration in the north Indian hill station of Mussoorie. In May 1960, the Central Tibetan Administration was moved to Dharamshala. Dharamshala region is full of various medicinally useful plants. In this article I would like introduce some commonly identified plants that one can encounter with ,during their visit to this area.

It is a plant that is enriched with medicinal properties  Parts used for medicinal purpose are fruit, bark and stem. It is used traditionally to brush teeth .It has astringent, antibacterial and antiseptic properties and has numbing effect on teeth and gums.

Prepare a decoction, by boiling 5 grams of fresh leaves or 10 grams of dried leaves in one glass water till water reduces to one fourth. Filter this and drink once-twice a day.

The fine paste of roots is applied externally.

Tumburu + Sonth + Hingu are cooked in mustard oil to prepare medicated oil. This is used  as an ear drop.

Bark powder is mixed with honey and massaged on gums gives relief in gum bleeding.

The fruits of plant are chewed as mouth freshener.

The poultice of warm leaves is applied topically.

Decoctions are prepared  and used for gargles.

The decoction of seeds or intake of seeds in any form helps to expel roundworms.

Crush the seeds and put under aching tooth.

The bark of tree is chewed to get relief from tooth ache.

Use twigs of tree as Datun.

The plant is native of the whole range of Himalaya mountains at an elevation 2000 to 3500 meters. The fruits of the species are eaten by people living in areas where the plant is found, often as a dessert. They are juicy and contain plenty of sugar and other useful nutrients that supplement their diet. Its stem, roots, and fruits possess medicinal properties. The root bark contains berberine. Berberine has antimicrobial, antifungal, antiviral antioxidant properties. It can possess anti-inflammatory, anti-tumor and anti-diabetic activities.

Daru haridra is useful both, internally as well as externaly.

•Externally,the wounds are dressed with the medicated oil of the decoction of daruharidra.

•The paste applied on painful and swollen parts which effectively mitigates the symptoms. The popular preparation of daruharidra, called Rasanjana is a crude extract, prepared from the root bark. The decoction of rootbark , mixed with equal quantity of milk is then heated until it forms a solid substance called.

•Rasanjana mixed with honey is a useful application to  sores, abrasions and ulcerations of the skin.

•In the diseases of the eye, it is applied on the eyelids. It is mixed with rose water & can be instilled into the eyes in inflammatory conditions. The gargles of rasanjana with water are beneficial in the ailments of the mouth and throat. Its enema is beneficial in leucorroea.

Internally daru haridra is useful in a vast range of the diseases.

•It is hepato-stimulant and astringent & is useful in treating anorexia, dysentery and liver disorders.

•The fruit alleviates the excessive thirst. It relieves the phlegm in cough effectively. Rasanjana is extremely valuable in bleeding piles.

•The decoction along with haridra is good anti-diabetic.

•It also effectively reduces the uterine inflammations & is valuable medicament for leucorrhea and menorrhagia. The decoction also helps in healing the ulcers of the cervix.