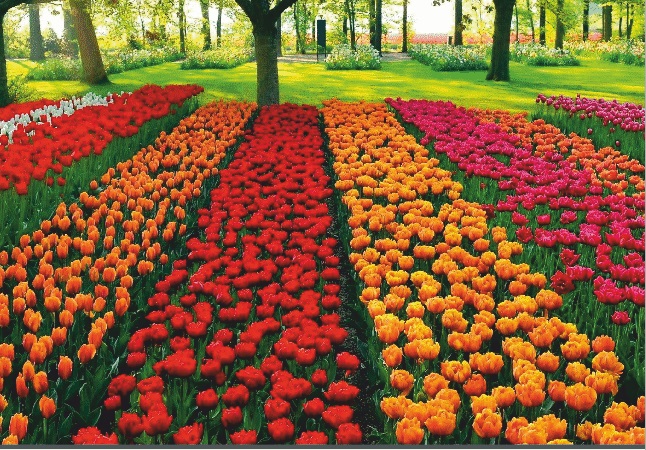 Ayurveda, an age old science of life, has always emphasized on maintaining the health of a healthy person rather than the treatment and cure of the diseased.

This is evident from the quotation of aacharya Charak “Swasthasya Swastha Rakshanam Aaturasya Vikar prashamanan Ch” which means that the aim of Ayurveda is to maintain the health of a healthy and to treat the disease of the diseased. The word ‘season’ means the period of the year with particular climatic activity and the word ‘regimen’ means a prescribed course of diet, exercise, medical treatment or anything for the promotion and restoration of health. Ayurveda is the world’s oldest and first science to document about the seasonal changes and the regimen to be followed during these changes. With the change in season, there is evident change in the environment we live in. There are various events like flowering in spring and leaf shedding in the autumn, hibernation of various animals in the winters and so on. As a part of the same ecology, we humans also have influence of these changes in the environment of our body. These external and internal factors have specific phase relationship with each other which means if the body is unable to adapt itself to these stressors of changing season, it may lead to “dosha vishamta” (disbalance of the 3 doshas), the balance of which is considered as the state of health in Ayurveda. The body, according to Ayurveda theory, is considered to be a combination of dosha, dhatu and mala. The balance of all these is necessary for being healthy. In all, these three doshas play the most important role as these are considered as the basic fundamental unit of the body. These doshas are further formed by the combination of different panchmahabhuta i.e. aakash, vayu, agni, jala & prithvi and are affected by various external and internal factors. The external factors being the environment, diet and routine we follow in our daily lives. That is why the knowledge of Ritucharya is important. People don’t know or ignore the suitable  food, dressing and other regimen to be followed during a particular season leading to derangement of homeostasis and causes various diseases like hypertension, obesity, diabetes and so on. So lifestyle disorders are a result of inappropriate relationship of people with the environment.

In Ayurveda, the whole year is divided into two periods or Ayana (solstice) namely  Uttarayana (northern solstice) and Dakshinayana (southern solstice) depending upon the movement of sun. It is also called as Aadan kala and Visarg kala respectively. These are further divided into three seasons each. Uttarayana has shishira (late winters), vasant(spring) and grishma (summer)ritu (seasons) and Dakshinayana has varsha(rainy), sharad (autumn) and hemant(early winters) as three seasons respectively.

In Uttarayana, the sun ascents towards north. During this period the sun and wind are most powerful and they absorb all the strength from the living beings. Again there is increase in tikta, kashaya and katu rasa(bitter, astringent and pungent respectively) in the body during this period that increases dryness and reduces the strength of the body. Thus a person feels weaker during the course of this period and is weakest at the end of Uttarayana.

During Daksinayana, the movement of the sun is towards south and the cooling property of the moon increase. There is gradual increase in the strength of the body due to the production of  amla, lavana and madhura rasa(sour, salt and sweet respectively)that counters the dryness produced during Uttarayan and recovers the body from depleted strength. So the strength of the body at the end of Dakshinayana is enhanced. This can be easily understood from the table below.

DIET- The digestive power is very good during this season. One should have amla (sour) rasa and lavana (salty) rasa predominant food that too rich in fats (unsaturated fats only). Milk and milk products like curd, cream, butter, sugarcane products are good to use.  Cereals, pulses, new rice and wheat can be taken in this season.

Apply oil and paste all over the body, bath with lukewarm water and wear warm woollen clothes. One should avoid light food, consuming little food as in case of dieting, skipping meals, exposure to excessive cold wind and sleeping late at night during this season.

2. VASANT RITU(spring)(mid march to mid may)

As the sun continues to move towards north, there is slight increase in the temperature. Kashaya rasa is predominantly high in the body during this season. The strength of the person remains of medium degree.

Due to rising temperature, the kapha dosha which is accumulated during the previous season starts melting. So the chances of developing the kaphaja disorders like increased salivation, feeling of heaviness in the body, feeling tired without reason etc increase. One should undergo panchkarma procedures during this season to eliminate such chances. One should do exercises and massage with the churna of chandana (Scantalm album). One can use dhoompana (medicated smoking) and anjana (collyrium) during this season that will help to get rid of this aggravated kapha dosha.

One should avoid oily, amla (sour), sweet and heavy food. Sleeping during the day time is strictly prohibited.

There is tremendous increase in temperature and the environment is prevalent with intense heat and unhealthy wind. The predominant rasa in the body is katu (pungent). The digestive power weakens and the strength of the body is weakest at the end of this season.

Diet rich in sweet taste is advised during this season. Increase the intake of cold liquids such as fruit juice, butter milk and also include plenty of water. Cold milk with sugar at night is advised before going to sleep.

one should stay in a cold room and avoid working or going under direct sunlight. One should avoid sex and exercise as far as possible.

One should avoid food that is too rich in lavana (salt) and katu rasa. Alcohol is strictly prohibited in this season.

The weather is rainy with clouds. Predominant rasa during this season is amla (sour) and the digestive power is weakest of all the seasons. The strength of the body is weakest during the start of this season. This is a season of vitiation of all the three doshas.

Diet rich in amla i.e. sour and lavana i.e. salt rasa is beneficial. Honey should be used in almost all types of food and drinks. Old wheat, old barley and old rice can be used. One should take boiled water to avoid diseases like typhoid and cholera.

Avoid damp places to stay. Wear light cotton clothes they are easy to dry. Medicated enema (vasti) is advised to expel vitiated doshas. One should avoid sexual indulgences, exercises, getting wet in rain, river water and sleeping during the day time.

During this season, the sun becomes bright and the sky remains clear most of the times. Predominant rasa during this season is lavana (salt). The strength of the person is medium and this is a season for the vitiation of pitta dosha.

Diet that is cold, light and rich in madhura rasa is recommended. Wheat, green grams, sugar and honey can be used.

Avoid   over eating strictly for this season. Have food only when there is strong feeling of hunger. Application of chandana paste over the body is very beneficial for this season. Moon rays during early hours of night is good for health. Water that is purified by the rays of sun during the day time and by the moon rays during the night time is advised to be used for drinking and bathing purposes. Various procedures that pacify pitta dosha such as virechana karma and raktamokshana are advised for this season. One should avoid oily food, sitting under direct sunlight, sitting under excessive  wind, curd and sleeping during day time.

The environment is clear and cold wind starts flowing. The digestive power is good and the strength of the person at the end of this season is very good.

One should use sweet, sour and salty food during the entire season. One can eat anything he likes, like milk and milk products, sugarcane products, new rice and new wheat etc.

We can not go against the nature, if we, the life would be full of diseases. Ritucharya is totally a principle based on blending with nature. Thus following the seasonal diet and lifestyle recommendations, helps us to live a healthy life.

“Aim of Ayurveda is to maintain the health of a healthy and to treat the disease of the diseased.”

“Lifestyle disorders are a result of inappropriate relationship of people with the environment.”

“Diet rich in sweet taste is advised during Grishma ritu. Increase the intake of cold liquids such as fruit juice, butter milk and also include plenty of water. Cold milk with sugar at night is advised before going to sleep.”